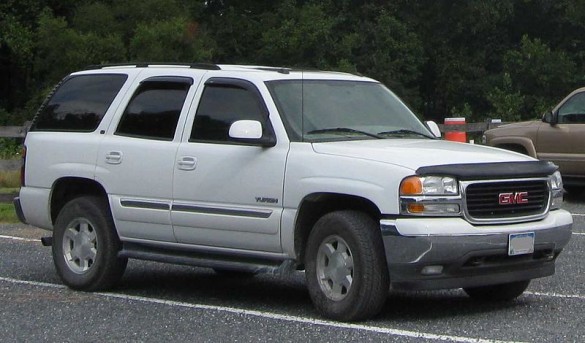 A similar vintage GMC Yukon, not the mayor's. Image: IFCAR

Call it “the spoils of war:” Tampa, FL mayor Bob Buckhorn is now driving a 2005 GMC Yukon Denali formerly owned by Charles Melvin Fox. Fox, it seems, gave up his ride when he was arrested on five counts of sex trafficking and numerous other charges. When mayor Buckhorn wanted a sensible SUV to haul his family around, the Tampa police offered up Fox’s old Yukon.

The mayor’s swapped the truck’s spinners for a set of factory alloy wheels, and we’re guessing that the interior was (relatively) unmodified. While a free car is always a good thing, grabbing a ride that was previously owned by a pimp isn’t our idea of ideal family transportation. Did anyone from the motor pool inspect the interior with a black light? How thoroughly was the inside scrubbed with disinfectant before the mayor got the keys? Would you want your kids sitting in the back seat?

We have no idea how much the mayor of Tampa earns each year, but we’re pretty sure it’s more than an automotive journalist. If we can afford to buy our own family vehicles, I’m sure Tampa’s mayor can, too. Would you want to roll in a former pimp’s Yukon, with over 100k miles on the clock, even if it were free?