Let’s Be Careful Out There: 14% Of Drivers Uninsured 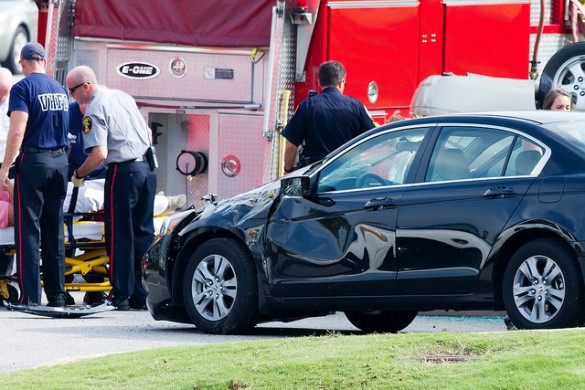 Let’s be brutally honest with one another: paying for car insurance sucks. It doesn’t make your car go faster, handle better or look dope, and chances are good that you’ll pay into it and never need it. On the other hand, when you need car insurance, you really need car insurance, and that’s when you find out the difference between a “cheap” company and a “good” company.

With 16 percent of Americans now living at the poverty level, something has to give when it comes to car-related costs. Drivers are already putting off repairs and maintenance (which only ramps up their need for good insurance), but they still need to cut expenses wherever possible. In many cases, driving less simply isn’t an option, so the next thing to go away is car insurance.

According to USA Today, one in seven drivers in America today are uninsured, despite 49 of 50 states requiring auto insurance (New Hampshire is the sole hold out). The uninsured driver rate tracks with the unemployment rate, and since that hasn’t gone anywhere but up over the past three years, the number of uninsured motorists has climbed steadily. In states with high unemployment rates, the number of uninsured drivers is even higher: in Michigan, 19 percent of drivers have no insurance, while in Florida, 24 percent of drivers are uninsured. That’s nearly one in four motorists.

While those of us with auto insurance are generally protected by an “uninsured motorist” clause, the cost of covering drivers without insurance comes to nearly $11 billion per year, which is money that (in theory, at least) could lower insurance costs for the rest of us. With the economy and jobless rate showing no signs of improvement, don’t expect the situation to change any time soon.

[USA Today, via The Car Connection]