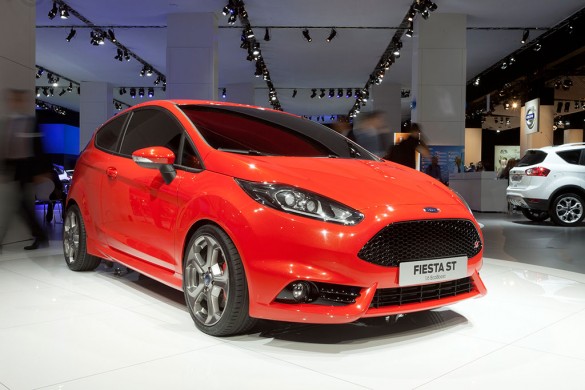 If you like the idea behind the Ford Focus ST, but wanted something a little smaller and lower priced, you may be in luck. Ford is debuting the all-new Fiesta ST concept at the Frankfurt Auto Show, and word is that the project has already been given a green light for production. That’s the good news: the bad news is that the markets the car will be sold in still haven’t been finalized. If you want to see a Fiesta ST in the U.S., now is the time to let Ford know.

Like its big brother the Focus ST, the Fiesta ST gets its power from an EcoBoost engine. In the Fiesta, this is a 1.6-liter engine good for some 177 horsepower and 177 ft-lb of torque. That may not sound like much, but remember that the Fiesta has less than 2,500 pounds of mass to accelerate. Ford claims a respectable 0 to 100 kph time of “under seven seconds,” on the car’s way to a top speed of 135 miles per hour. More good news? The car will only be available with a six-speed manual transmission. 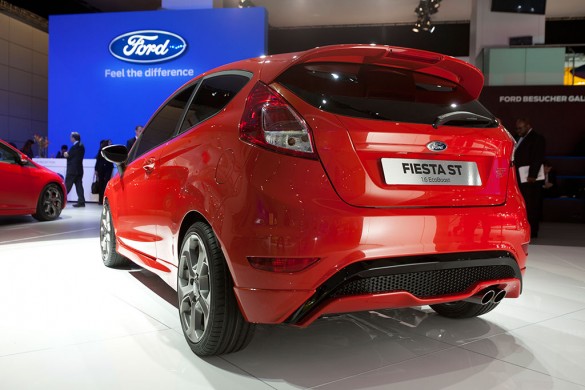 Outside, the Fiesta ST takes its styling cues from the Fiesta RS WRC cars (which come with 600 horsepower ands AWD, but cost around $500,000 each). There’s a body kit, a rear diffuser with dual exhausts, 17-inch wheels, widened wheel arches and a lower stance. The car gets a sport suspension, which most likely translates to lower springs, stiffer dampers and sway bars front and rear.

Inside, expect the Fiesta ST to take styling hints from the Focus ST, including seat inserts that match the car’s exterior color. Driver and front seat passenger get Recaro seats, which should ensure front seat occupants are comfortable and anchored even during spirited driving.

There’s no word yet on pricing, but expect the Fiesta ST to top out the Fiesta range if it’s offered for sale in America. What’s your take? Is the under-$30,000 Ford Focus ST, with its 247 horsepower EcoBoost engine, enough for the U.S. market, or is there room for an under-$24,000 Ford Fiesta ST as well? Let us know what you think.