Report: Mitsubishi Eclipse May Rise From The Dead 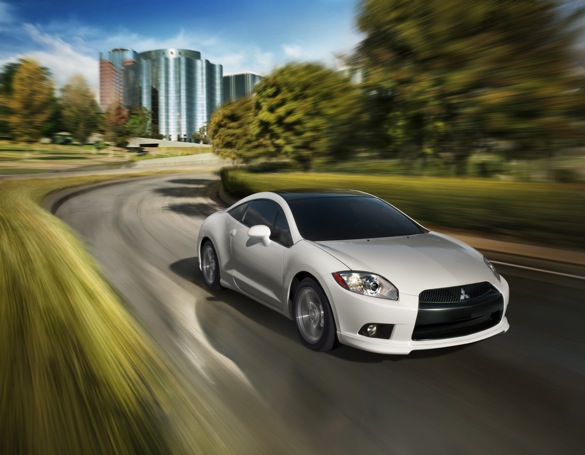 When the Mitsubishi Eclipse debuted in 1990, Mitsubishi was on top of its game in the U.S. market. The first generation Eclipse was available in flavors ranging from “sporty” to “best bang-for-the-buck sport coupe on the market,” and the trendsetting coupe was even badge engineered to sell under the now-defunct Eagle and Plymouth brands.

Backing up the Eclipse was a fairly substantial Mitsubishi product range, starting with the compact Mirage and branching out into the Galant (also available in a turbocharged AWD variant called the Galant VR-4) and the 3000GT, an impressively fast Grand Tourer. Mitsubishi built trucks, too, including a remarkably stout but affordable pickup and the do-it-all Montero SUV.

To quote the J. Geils Band, Mitsubishi “musta got lost, somewhere down the line.” In time, the Eclipse de-evolved into just another FWD sporty coupe, and sales fell year after year to the point where building the Eclipse no longer made financial sense. Ditto for the midsize Galant sedan, set to exit the U.S. market in 2013; in its current version, there simply isn’t enough worldwide demand to justify production.

If you’re a fan of the three-diamond brand, don’t count either the Eclipse or the Galant out just yet. As Greg Adams, Mitsubishi North America’s VP of marketing and product planning told Ward’s Auto, “the Eclipse always comes back around sooner or later.”

Sooner or later doesn’t necessarily translate into “soon,” and a business case for both models still needs to be made. The rise of cars like Subaru’s BRZ and Scion’s FT-86 may help justify the rebirth of the Eclipse, if Mitsubishi can rationalize production based on global sales potential. As Autoblog points out, convincing Mitsubishi Japan that a Galant sedan successor is needed may prove more difficult, since midsize sedans seem to be popular in North America only.