The Autopocalypse Cometh: Ferrari Enzo Successor To Be A Hybrid? 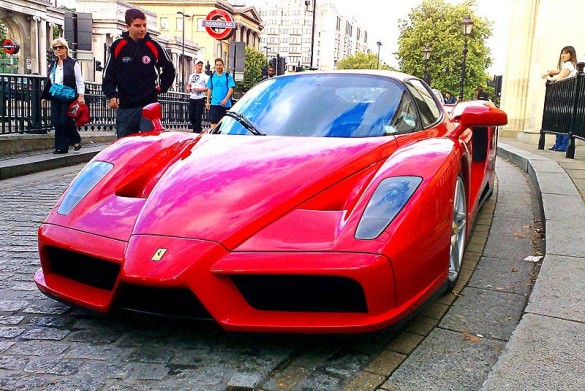 A Ferrari Enzo on a London Street. Image: Ed Callow

The original Ferrari Enzo, built from 2002 until 2004, was a no-compromise hypercar that borrowed heavily from Ferrari’s Formula One experience. It used a carbon-fiber monocoque, a carbon-fiber body, an electrohydraulic shift transmission and carbon-ceramic brakes. Power came from a mid-rear mounted 6.0-liter V-12 engine, good for 651 horsepower, and the handling was refined by none other than Michael Schumacher.

In the day, you couldn’t even walk into a Ferrari dealer and buy one, regardless of your bank account. Purchase was by invitation only, and the right to buy the Enzo was extended to F40 and F50 owners first. Performance was the only concern of the Enzo, and such trivial matters as fuel consumption and carbon emissions never impacted the car’s design.

Those days are, apparently, over. A Ferrari Enzo successor has been discussed for quite some time, and Inside Line caught some inside info at the release of the Ferrari 458 Italia Spider. Per Ferrari CEO Amedeo Felisa, the Enzo replacement will also use a carbon-fiber monocoque and will still be powered by a V-12 engine, but Ferrari is testing hybrid prototypes for possible inclusion in its new supercar.

If Ferrari were going the route of a performance hybrid, this could make sense. After all, the characteristics of electric motors (peak torque at zero rpm) make them ideal to supplement internal combustion performance. Design a light enough hybrid system, and you’d have a car that out-performs a conventional, combustion engine equivalent.

Sadly, that’s not the path that Ferrari’s going down. Instead, Felisa advised that any future Ferrari hybrid system, “must focus on improving efficiency and not just be about performance.”

It’s a sad day when the world’s premier manufacturer of performance automobiles is concerned with the fuel economy of its upcoming halo car. Building the California, or even the 458 Italia, in a hybrid version is one thing, but building an Enzo replacement with anything other than performance in mind is a sin, and it doesn’t bode well for the future of performance cars and motorsports. Maybe Jeremy Clarkson was right after all.