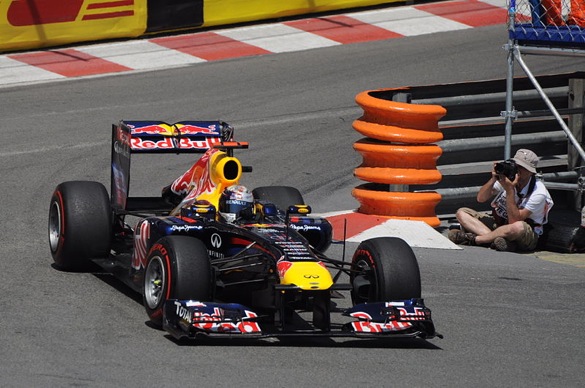 To absolutely no one’s surprise, Red Bull Renault star Sebastian Vettel tied up his second world championship in two years with a third place finish in yesterday’s Japanese Grand Prix. While the title race had been all but locked up for the past several events, it was still mathematically possible for McLaren Mercedes driver Jenson Button to grab the title at the start of yesterday’s race. To do so, however, Button would have needed a victory in every remaining race, with Vettel finishing in tenth spot or lower.

Mathematically possible and likely are two different things; Button did indeed take the victory in Japan, but Vettel’s third place finish assured his spot in history as the youngest driver to ever win two F1 championships. Watching the German drive this season, there’s no doubt that he earned the victory with talent that appears to be head and shoulders above the rest of the F1 grid. While the Red Bull Renault chassis is competitive, it’s far from flawless, and the mark of a truly great driver is his ability to overcome the shortcomings of any car he’s piloting. By that standard, Vettel is a truly great driver.

If you own Gran Turismo 5 for the PlayStation 3, Vettel’s win is a victory for you, too. In honor of his second championship, Polyphony Digital is giving away the Red Bull X2010 hypercar, for a very limited period of time. When you log in to the PlayStation network, head on over to the Community section to claim your free car, which you can then use in a special time trial event at the Suzuka circuit. A gold finish is worth 5,000,000 credits, so it’s certainly worth a little time and effort.