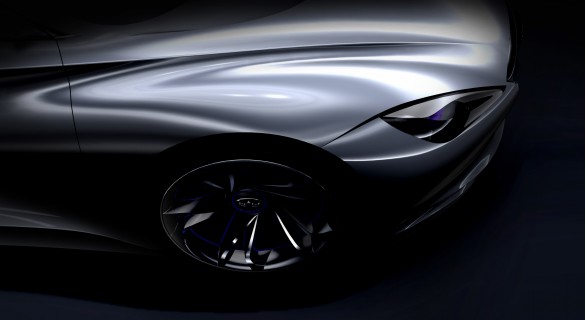 The way things are looking, electric sports cars or hybrid variations are the way of the future. Infiniti has taken a leap into the future to tease us with a new extended-range electric sports car concept today. The new electric sports car, slated for an introduction at the 2012 Geneva Motor Show in March, will expand Infiniti’s ‘inspired performance’ mantra for the brand even further. The Concept will show the latest direction that the brand’s stylists will be taking in the future, says Infiniti vice president Andy Palmer.

Infiniti definitely has a unique style to their cars and from the looks of the teaser images here. They are no way swaying too far from what is already ‘working’ for them.

The theory of a mid-engine layout is in play while we already know Nissan has the proper arsenal of electric vehicle bits from the Leaf. Not to mention, the use of a bespoke mid-engine platform in the performance-oriented Leaf Nismo RC concept may be use in a new extended range electric sports car. 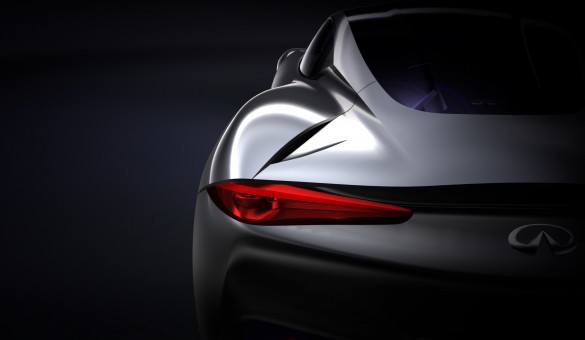 We do not see anything stopping Infiniti from making this extended-range electric sports car come to fruition in some form. After-all, the Nissan GT-R seems to be getting all of the ‘performance kudos’ lately in the Nissan/Infiniti family. Maybe it is time they had an ‘attention-getter’ sports car sporting the Infiniti badge for a change.

INFINITI GETTING CHARGED UP OVER

LOS ANGELES (Nov. 17, 2011)  – A highly advanced, range-extending electric sports car concept is under development at Infiniti.  Set to emerge at the Geneva Motor Show in March 2012, this vehicle is being created to extend the potential for high performance, low emission electric cars.

Explaining the strategy behind the concept, Andy Palmer, Executive Vice President, Nissan Motor Co., Ltd and Infiniti said: “At the Geneva Show next year, we will present our vision for a totally new kind of inspired premium performance car.  Infiniti already has hybrid and clean diesel models on sale.  And with an all-electric sedan on the way, the natural next step was to push the boundaries where performance and the environment intersect.”

Infiniti offers a full-line of luxury performance automobiles, including the G Coupe, Sedanand Convertible, Infiniti M sedan, EX and FX crossovers, and the QX full-size SUV.  More information about Infiniti and its Total Ownership Experience® can be found at www.InfinitiUSA.com.