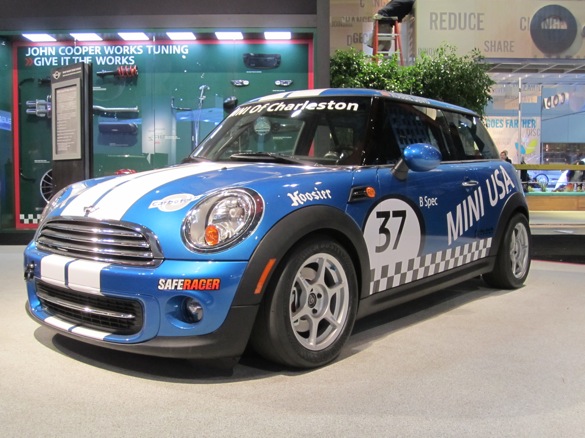 If you want to race cars beyond the ChumpCar, LeMons and SCCA Improved Touring levels, B-Spec may be the most affordable way to turn a wheel in anger. Sanctioned by the SCCA, Grand Am, NASA, and World Challenge, B-Spec is essentially a showroom stock series that pits subcompact automobiles from Honda, Ford, Mazda, Kia (and now MINI) against one another in evenly-matched competition. Engines are left stock, but modified suspensions, brakes, wheels and tires are allowed.

MINI has recently announced that it’s building a car for B-Spec competition, too. Based on the MINI Cooper (and not the Cooper S), the turnkey racer will only make 121 horsepower from a normally aspirated 1.6-liter four-cylinder engine, but comes with a KW coilover suspension, front camber plates, Carbotech brake pads, braided stainless brake lines and lightweight Kosei wheels with series-specified Hoosier tires. Inside, the car comes with a driver’s racing seat, a harness, window and cage nets and a full roll cage. 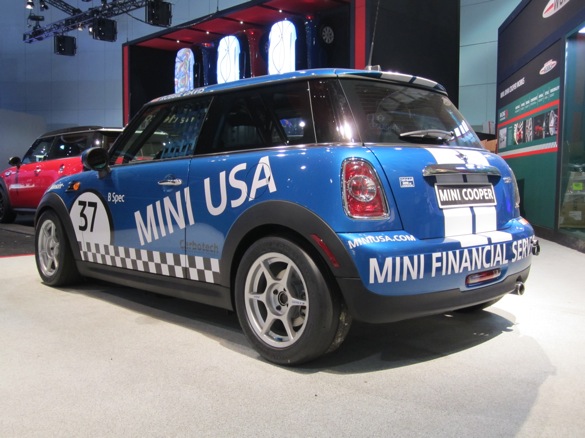 MINI will sell the B-Spec cars through its dealer in Charleston, SC, since that’s also who’s building them. Pricing hasn’t been announced, but we’d expect the cars to sell in the $30,000 range, which makes B-Spec one of the more affordable pro racing series on the planet. MINI is offering up contingency money for a podium finish, too, but they have worked out all the details on their program yet. The B-Spec MINIs will be available prior to the start of the 2012 racing season.