Around The World With Ken Block: Video 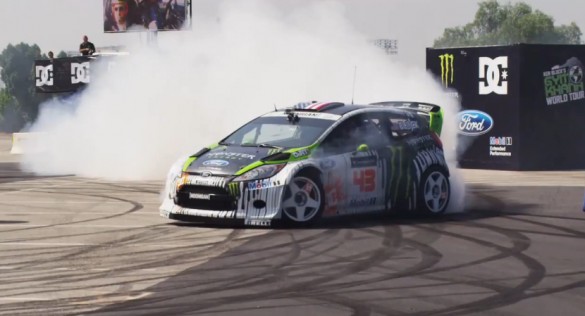 Love him or hate him, Ken Block is a marketing genius who, like King Midas, turns everything he touches into gold. Take the sport of Gymkhana for example: shredding tires in a parking lot used to be good for a ticket or two, but now it’s a multi-media extravaganza, complete with crowds, explosions, jumping motocross riders and scantily-clad umbrella girls. When it comes to event promotion, even Bernie Ecclestone could learn a thing or two from Ken Block.

Despite a less-than-stellar performance in World Rally competition, Block had a good year in 2011. The video below gives highlights of his three Gymkhana tour stops (in Vienna, Austria, Los Angeles and Melbourne, Australia), and promises even more events for 2012. If you’ve got a “Hooning Is Not A Crime” bumper sticker on your car, that’s probably a good thing. If you’d like to see an American driver make a serious attempt at competing at the highest levels of WRC, it probably isn’t.