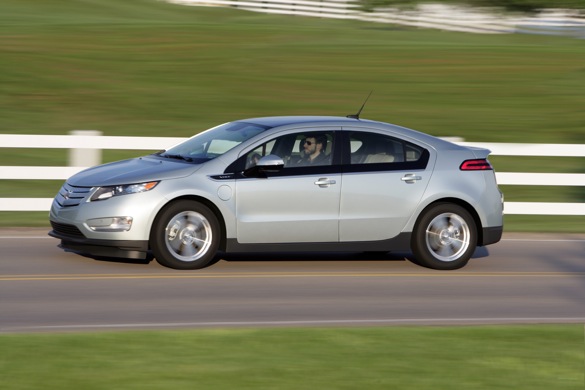 There’s been a significant amount of coverage in the news lately about post-crash fires in Chevy Volt extended-range EV’s, likely as a result of an NHTSA investigation into the car. While there have been no documented cases of an undamaged Chevy Volt causing a fire, GM is erring on the side of caution and offering free loaner vehicles to any Volt owner who has concerns about the fire risk posed by the car.

The president of GM North America, Mark Reuss, stressed the company’s emphasis on safety in a recent press release, saying, “Even though no customer has experienced in the real world what was identified in this latest testing of post-crash situations, we’re taking critical steps to ensure customer satisfaction and safety.”

Those critical steps include arranging loaner cars for Volt owners concerned about safety, and Reuss commented, “A vehicle loan program of this nature is well beyond the norm for a preliminary investigation, and it underlines our commitment to the vehicle and its owners. These steps are the right ones to take regardless of any immediate impact on our operations.”

GM is also working on the issue of how to deal with Volt battery packs following a severe crash. This issue applies not only to the Volt, but to any other electric car or plug-in hybrid on the market, since all could potentially pose a fire risk following severe damage to the battery packs. GM is working with the Society of Automotive Engineers to develop post-crash protocols on draining battery packs to prevent future incidents.