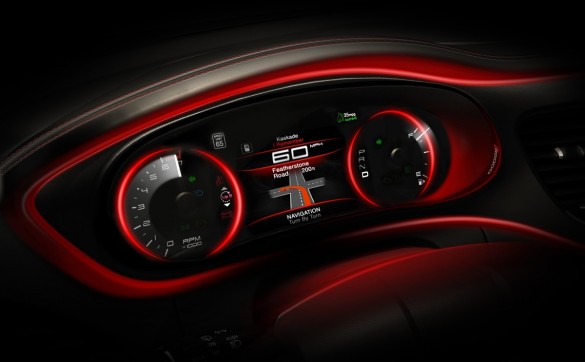 The instrument cluster of the 2013 Dodge Dart

In the original gospel according to domestic automakers, one rule was clear above all others: entry level compact cars were built to a price point, with little emphasis on content or quality. By way of example I give you the previous Ford Focus, the Chevy Aveo and perhaps the worst offender of all, the Dodge Caliber. The Caliber wasn’t just bad, it set new standards for how truly awful an automobile can be when MBAs and accountants are left to make all the decisions.

Something began to change in the industry a few years back. There was the all-new Ford Fiesta, and the all-new Chevy Cruze, both of which seemed like they should cost more money for the content provided. Dodge was the only one left out in the cold, forced to sell the aging and unloved Caliber until a new compact could be designed with partner Fiat. Based on what we’ve seen to date of the upcoming Dodge Dart, it was exactly the right move on Chrysler’s part. 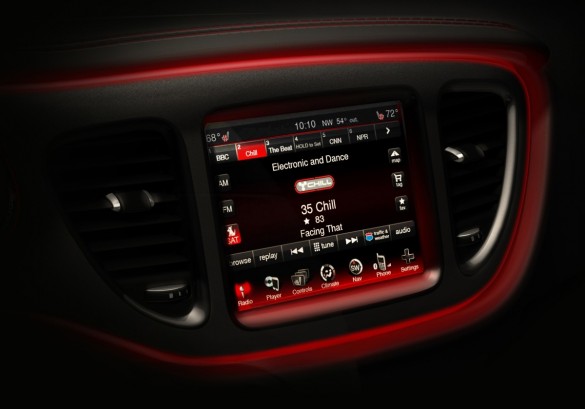 Take a look at these interior shots and you’ll see what we mean. The Dart certainly doesn’t look like an entry-level compact, since most don’t come with available touchscreen infotainment systems and center-cluster navigation displays. We haven’t seen the Dart’s interior up close yet, but we suspect that we’re going to like it. We also believe that Chrysler knows how important the Dart is: get it right, and it has the potential of setting sales records and attracting new customers. Get it wrong, and you’re destined to bat cleanup behind the Cruze, Focus, Jetta, Corolla, Elantra and Civic.

Aside from the Ford Focus ST, we can’t think of a compact car more eagerly anticipated than the upcoming Dodge Dart. We’ll bring you full details as soon as it debuts at the 2012 Detroit Auto Show.