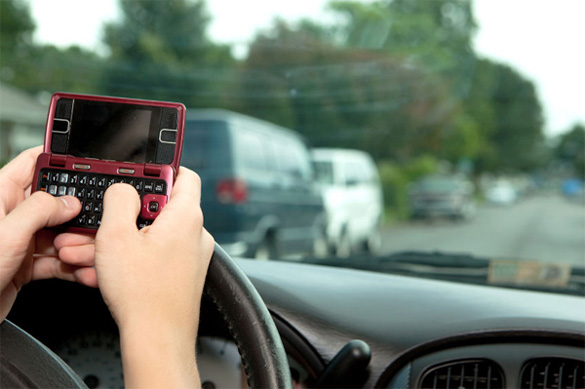 Let’s all clear the air and admit it, texting while driving has basically turned into a serious epidemic and many of us are guilty of doing it at one point in time. For many years lawmakers and some states have wanted to outright ban cell phone usage including texting while driving. Although in some areas of the United States you are not legally permitted by the law to text while driving or in some rare cases, use your cell phone while driving unless it is through hands free connectivity.

Quite possibly due to an exponential rise in the number of people texting while driving, federal accident investigators have called for a nationwide ban on the use of cell phones and text messaging devices while driving any vehicle. The NTSB (National Transportation Safety Board) has attempted to completely ban the usage of portable electronic devices while driving in the past. If the states adopt the NTSB’s recent recommendation and put it into law, it would outlaw nonemergency phone calls and texting by drivers of every vehicle on the road. The law would not apply to passengers using their cell phones.

Unprecedented sales of smartphones are a major contributor to the grave influx of people texting while driving. Not to mention, about 85% of teens will have a cell phone before graduating from high school. Many of those phones are capable of text messaging and teens are more apt to do so than an adult. Some teens simply think that they are invincible or somehow capable of taking their eye off of the road for 3 seconds or more while navigating 2 tons of metal and glass on 4 wheels barreling down the road at 70 mph.

Over the course of the past two years distracted driving related accidents, including texting and cell phone usage, have almost doubled. This year alone, about 25% of crashes reported by police are due to distracted driving of some sort. You can bet that the majority of those crashes are directly related to texting while driving.

Do you live in a state that has already put a ban on the use of cell phones while driving? Will you feel safer if and when your state puts the cell phone/texting and driving ban into place?