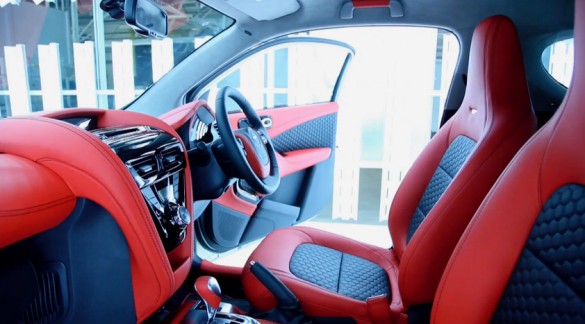 The Cygnet is Aston Martin’s city car, a nod towards practicality and confirmation that a DB9S isn’t always the best choice for commuting into a crowded and traffic-choked city like London. A repurposed Toyota / Scion iQ, the Cygnet commands a premium price and isn’t even offered for sale to the unwashed masses. Instead, to qualify for Cygnet ownership, you must already own one of Aston’s more significant vehicles.

Even if you’re a member of that exclusive club, ownership doesn’t come cheap. A Scion iQ starts at just over $15,000 in the United States, while the Aston Martin equivalent is priced from roughly $48,000 in the United Kingdom. While the most financially astute among you would point out that this isn’t an apples-to-apples comparison, since car prices vary widely in the two countries, I’d say that an apples-to-Walkers-shortbread comparison is the best we can do at the moment.

So what does an additional $33,000 buy you? As the video below illustrates, lots of hand-crafted care and premium quality materials that a built-by-robots Japanese econobox can never hope to match. Whether or not the cost difference is worth it depends on your perspective and your bank account; if you already own an Aston Martin, chances are good that you won’t be happy driving a tinny car with a plastic interior.

There are rumors that the Cygnet may make it to this side of the pond, and that prices could start as low as $35,000. We’re not sure that Aston Martin could turn much of a profit at that price, but if they open up sales to us 99-percenters, the volume may make up for it. What’s your take? Would you have any interest in a $35,000 Aston Martin Cygnet?