Good News: You’re More Likely To Overdose Than Die In A Car Crash 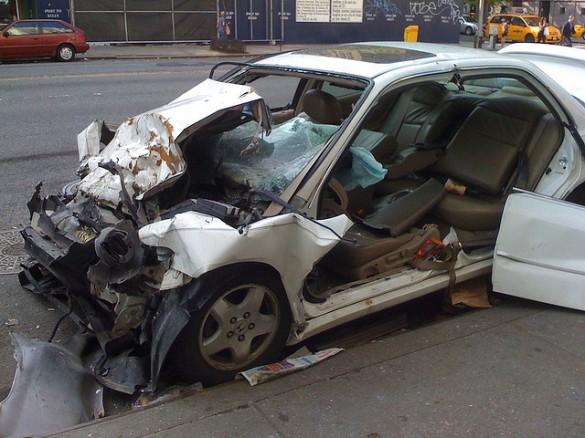 Here’s a bit of sunshine you may have missed in all of your holiday celebration: in 2008, more people in the U.S. died of poisoning than died in car accidents, for the first time in 30 years. Better yet, at least for those of us who avoid medication whenever we can, some 90 percent of poisoning deaths were caused by drug overdoses. The primary culprits? Opioid painkillers, like morphine, hydrocodone and oxycodone. In fact, the New York Times says these drugs were responsible for more deaths than heroin or cocaine.

In 2008, there were some 40,150 deaths related to poisoning, while there were 37,261 deaths in motor vehicles. The death rate in automobile accidents has declined since then, while we’re pretty sure that the number of poisoning deaths has gone the opposite direction (but no newer data is available to confirm this), thanks to the spread of “pill mills” catering to those with painkiller additions. In 2010, there were 32,708 fatalities behind the wheel, which still translates to “far too many,” but at least the numbers are moving in the right direction.