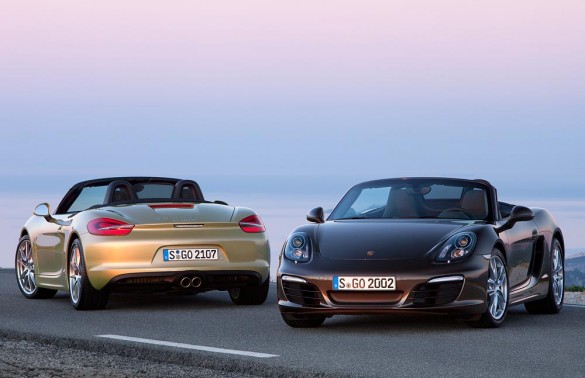 When it comes to mid-engine, rear drive roadsters, Porsche’s Boxster and Boxster S have long been the standard for agility and handing. As good as the cars have been over the years, Porsche isn’t an automaker to rest on its laurels. Now that the rollout of the new 911 has begun, the Stuttgart-based automaker has turned it’s attention towards launching a new generation of Boxster roadster.

Porsche calls this update the most extensive in the Boxster’s history, and the new car benefits from a completely new body, riding on a chassis that’s longer in wheelbase and wider in track. Porsche isn’t giving specifics, but it calls the new Boxster and Boxster S models “considerably lower weight” than the cars they will replace. 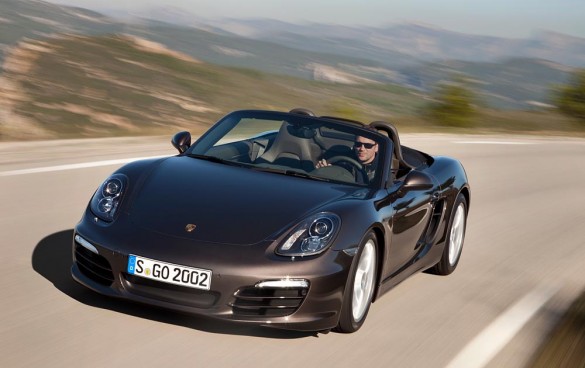 The engines are revamped, too. The Boxster gets a 2.7-liter flat-six, now derived from the Boxster S (but presumably with a shorter stroke) and good for 265 horsepower. Compared to the 2.9-liter flat-six in the current Boxster, that’s a gain of ten horsepower, yet the new car is up to 15 percent more fuel efficient than the outgoing one. In the Boxster S, the new 3.4-liter engine is good for an additional five horsepower, yet returns similar fuel savings. 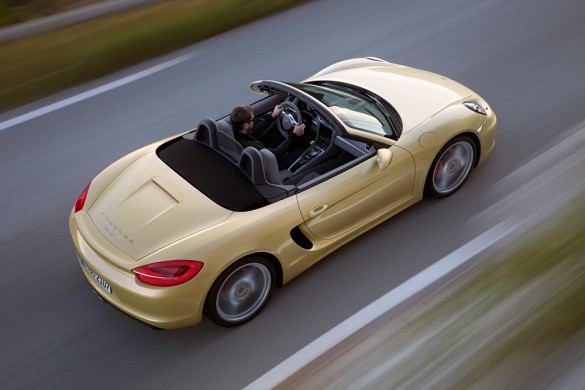 Equipped with Porsche’s PDK gearbox (which delivers both maximum performance and the best fuel economy), the new Boxster manages the run from 0 to 100 km/h (62 mph) in 5.7 seconds, with the Boxster S doing the same in 5 seconds flat. That’s no different that the current generation, which is surprising given the new car’s lower weight and (slightly) increased output. 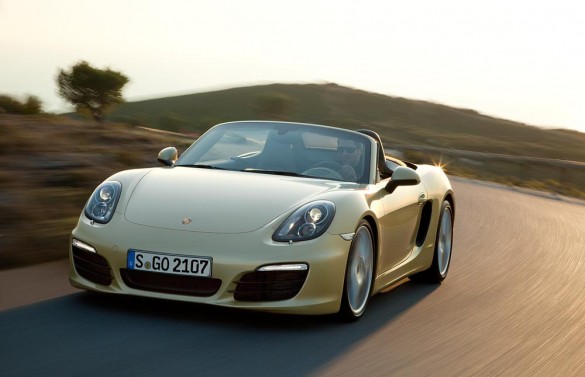 Porsche has adopted electromechanical steering in the new Boxster (as on the new 911), but we see that as a good thing. The car also gets a start-stop system for increased city fuel economy, and Porsche Torque Vectoring (PTV) with a mechanical rear locking differential for maximum traction in all conditions.

Pricing for the U.S. market hasn’t been set, and neither has an availability date. The new models go on sale in Germany next April, so we’d expect to see them on this side of the pond in the third quarter of 2012.