With Maybach Winding Down, Bentley Pursues Its Customers 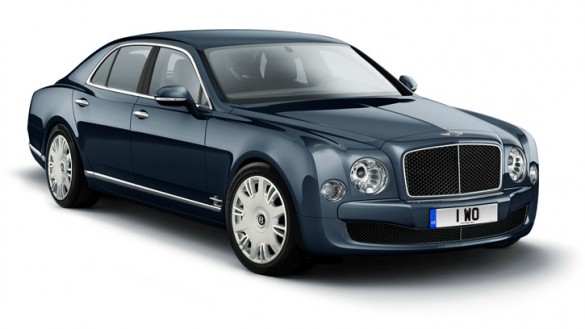 After years of losing money with its flagship Maybach brand, Daimler has decided to shutter its ultra-premium car line. Instead, Mercedes-Benz will step up its game with a higher-end series of S-Class models, including a range-topping Pullman variant. By Daimler’s reasoning, existing Maybach customers will be happy with an upscale S-Class, as long as it’s content-rich (and expensive).

Or will they? Despite its prestige for us 99-percenters, Mercedes-Benz is still a mass-market brand with little exclusivity. Part of the appeal of brands like Maybach, Rolls-Royce or Bentley is their low production volume and relative scarcity. Bespoke manufacturing helps, too, since you can order a Rolls-Royce Phantom or Bentley Mulsanne personalized in hundreds of ways, virtually ensuring that no two cars are alike.

Maybach’s customers are none to happy with Daimler about the brand being axed, too, which makes them further unlikely to hop into a customized S-Class. It’s that dissatisfaction that Bentley is hoping to capitalize on: per Automotive News (subscription required), the British automaker is actively targeting Maybach owners with a personalized letter from its CEO, Wolfgang Durheimer.

Ultimately, Bentley would love to attract Maybach-owning celebrities like Jay-Z, Samuel L. Jackson and the Sultan of Brunei. Failing that, they’ll welcome anyone with the cash to own a Maybach, since it’s likely that even Bentley’s halo car, the Mulsanne, is affordable. To lure Maybach owners, Bentley is offering perks such as VIP tours of its Crewe, England factory.

Rolls Royce would love to attract the same customers, but it’s more reserved in its pursuit of business. In the words of a Rolls-Royce spokesman, “seeking them out and hunting them down is not the Rolls-Royce way.”