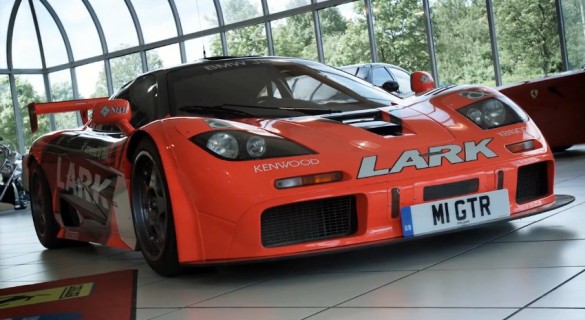 It’s no secret that we’re not a fan of Evo’s Chris Harris. The British motojournalist is a bit pompous for our tastes, and not nearly as funny as he thinks he is. That said, the man can drive, and there’s no denying that he knows a thing or two about cars. He’s also managed to make a brilliant career out of talking (and presumably, writing) about them, which is why he gets to do things like ride in a McLaren F1 GTR.

In case you’re not familiar with the McLaren F1 GTR, it’s the full-on race version of the McLaren F1. That means it forgoes things like rear seats and soundproofing in the interests of saving weight. It also means that a ride-along involves sitting on the carbon-fiber floorpan, unbelted, praying that nothing goes wrong.

Even the esteemed Mr. Harris doesn’t get to drive this particular car, since it’s worth, in his words, “millions of anything,” referring to the car’s irreplaceable value. Still, it’s clear from his face what an honor it is to be given such an opportunity, which is likely a once-in-a-lifetime thing. We say sit back, turn up the volume and enjoy.

Note: After posting the video, it was made “Private” on YouTube’s drive channel. That tells us that somebody, somewhere, objected to something, so the video was pulled down until it could be edited. We’ll update the video for you as soon as it’s back up again.