And In Super Bowl Ads, It’s Kia For The Win 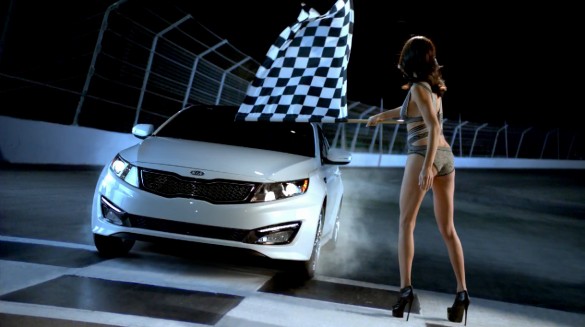 We knew that Kia would have a hard time topping last year’s Super Bowl epic, which featured everything from a fake motorcycle cop through Optima-worshipping Mayans. We weren’t sure where they were going when we first saw the brief video of Adriana Lima waving the checkered flag, and then we were pretty sure Kia had lost its mind when it posted a five-hour video of Lima waving a checkered flag.

We’ll admit that she’s easy on the eyes, but a five hour video of anyone, doing pretty much anything, is about four hours too long for our attention spans.

Somehow, however, Kia pulled it off. Their Super Bowl ad may be the best we’ve seen this year, and it’s as bizarre as last year’s effort. We’ll let you be the judge, though – take a look at the video below, and tell us if it beats the efforts from Toyota, Volkswagen and Acura.

And just in case you want to verify that five hours of Adriana Lima waving a checkered flag is indeed too much of a good thing, here’s today’s extra special bonus video.