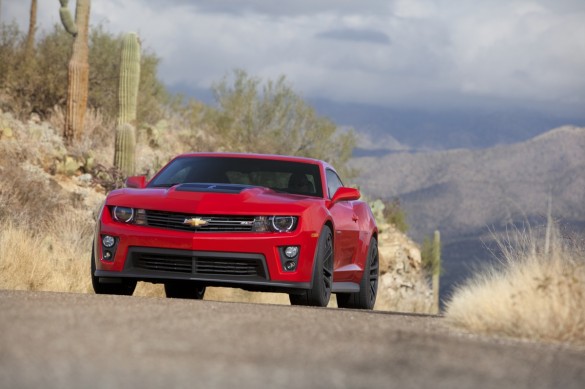 If you were hoping to get your hands on a new Camaro ZL1 in the coming weeks, we’ve got some bad news for you: due to a “quality assessment,” GM has put a temporary hold on production and delivery of the uber-Camaro. GM isn’t giving any further details, but the hold also delays a current Dealer Order Submission Process cycle, which (presumably) means that dealer orders aren’t being accepted at the present time.

The story broke on GM Inside News last week, but Motor Authority did some further digging into the matter yesterday. One Camaro ZL1 had already been delivered to a customer in Texas, prompting the dealership to recall the car for a “software programming issue.” While it’s possible that the quality assessment is software related, it’s equally possible that a software issue was merely a cover for some other type of problem with the Camaro ZL1.

Whatever the underlying cause, we’re sure that GM will have it resolved in the very near future. Such production holds aren’t uncommon on new vehicles, and the automaker deserves credit for getting on top of things before a recall is needed. That may not be good news for those awaiting delivery of a ZL, but the consolation is that owners will undoubtedly be getting an improved product.