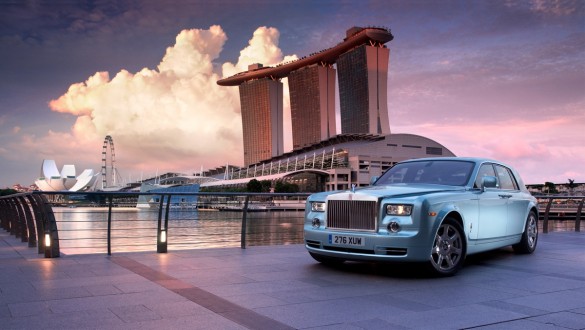 When Rolls-Royce showed its Phantom-based electric car concept, the 102EX, at last year’s Geneva Motor Show, it caught a lot of people off guard. Rolls-Royce, after all, had a reputation for building the finest sedans, coupes and convertibles, all equipped with ample power and built without compromise. Could an electric car be built that would meet the expectations of the worlds most critical customers?

As Rolls-Royce CEO Torsten Müller-Ötvös told Car and Driver regarding customer feedback on the 102EX, “The results were ambivalent.” Customers praised the car’s acceleration, silence and smoothness, but objected to the long charging times and insufficient range. We can imagine that Rolls-Royce buyers might object to sharing quick chargers with the likes of the Nissan Leaf and the Mitsubishi i, too.

While a pure electric car isn’t in the near future for Rolls-Royce, a plug-in hybrid (like the Chevy Volt or the Fisker Karma) might be. When asked about alternatives to electric cars, Müller-Ötvös said that the plug-in hybrid configuration could potentially offer Rolls-Royce customers “the advantages of both worlds.”

We wouldn’t install a home charging system for your next Rolls-Royce just yet, though.