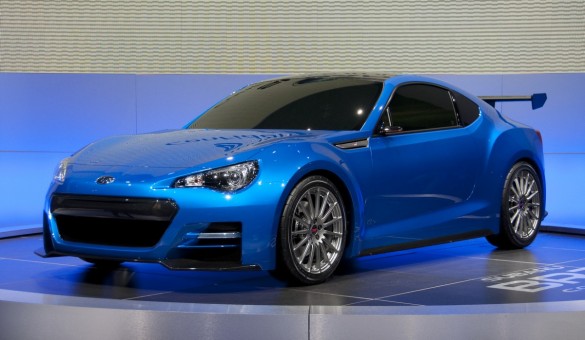 Like the idea behind an affordable front engine, rear drive coupe designed for superior handling, but wish it had more than 200 horsepower? You may be in luck, as Subaru is reportedly working on an STI version of its BRZ sport coupe. Expect it to be harder edged than current BRZ models, and better suited for track days than for daily commutes.

The news comes from Auto Express, who spoke with Subaru’s global marketing manager, Atoshi Atake. Atake acknowledged that many customers and fans have expressed interest in a faster, more sporting version of the BRZ, and Atake went on record as saying, “…we will certainly satisfy our customers. We are already working on a faster version.” 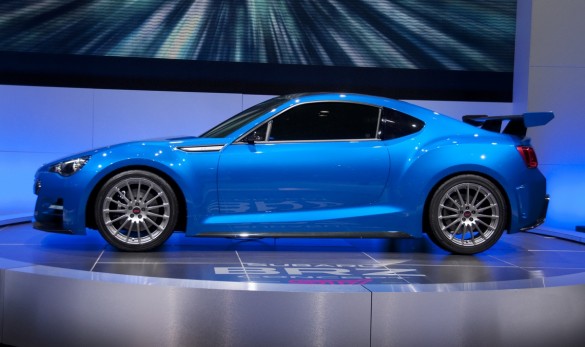 Take what you know about current STI models and throw it out the window. A BRZ STI will remain rear-drive, not all-wheel-drive, and it won’t use a forced induction engine. Instead, expect a BRZ STI to make 250 horsepower from its 2.0-liter boxer four via improvements to intake, exhaust and valve timing systems. The STI version will weigh less, too, thanks to a carbon fiber hood, a carbon fiber roof and lightweight racing seats. To complete the package, expect lighter wheels, bigger brakes, a stiffer suspension and a full aero package similar to that seen on the BRZ STI concept shown here. 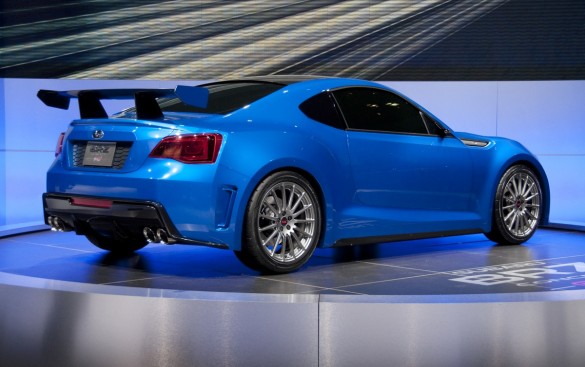 As for when we’re likely to see a BRZ STI, your guess is as good as ours. Subaru is currently struggling to meet Japanese demand for the base BRZ, which is selling at four times the expected volume in its home market. We’d be very surprised to see an STI version on these shores any sooner than later 2013, likely as a 2014 model.