Should Of Could Of: Subaru BRZ STI Performance Concept Unveiled at 2015 New York Auto Show 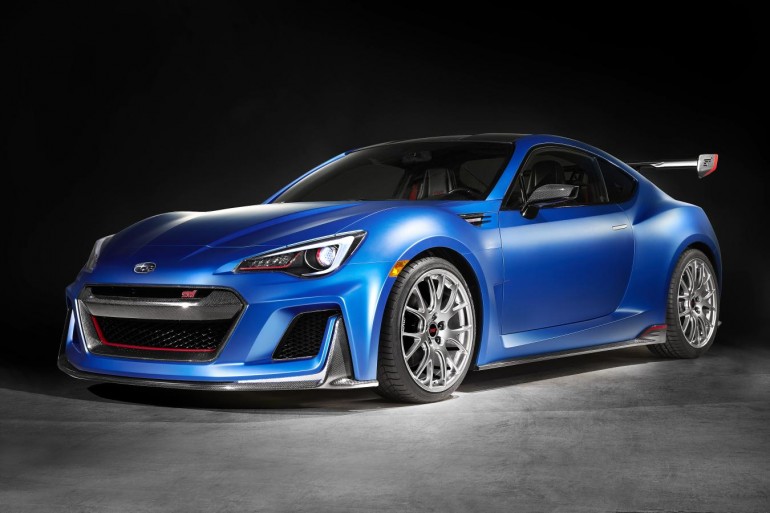 First off, Subaru wont be building this vehicle that we see here, said to have the 300-horsepower and 300 lb-ft of torque 2.0-liter flat 4 from the  Subaru BRZ Super GT race car. Now, we wonder WHAT Subaru will do after teasing us with this delightful BRZ, which should have been built because we NEED this! 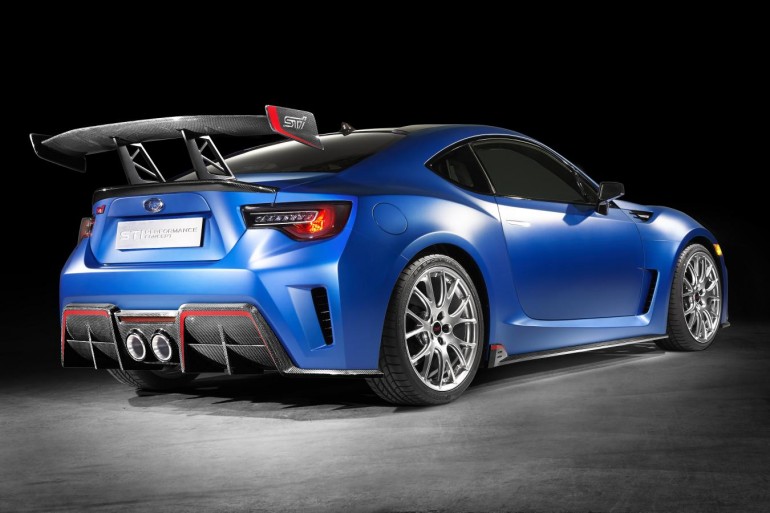 In the future, further models tuned by STI will be available in the US. These cars could feature more extensive modifications from the factory than previously offered, such as suspension, performance, braking, chassis and aerodynamic upgrades.

“At STI we know from our racing that to win, it is important not only to have high power, but also that all aspects of performance are balanced over the whole car,” said Yoshio Hirakawa, president of Subaru Tecnica International, Inc. “When we achieve this balance, the driver feels that the car is easy to handle and reliable, and he can use it fully to the limits of its performance. Our plan is to produce cars and accessories that drivers can really enjoy.”

The STI Performance Concept is a showcase for the engineering prowess and tuning capability of STI, featuring the racing engine developed by STI for the BRZ Super GT racecar, suspension and chassis components and aerodynamic upgrades.

Complete cars (extensive tuning by STI) and performance parts available now in Japan focus on the WRX STI, Forester and BRZ models. The Japanese domestic market uses the nomenclature “S model” as its naming for the WRX STI and uses “tS” on BRZ and Forester vehicles that have STI components, but a naming convention for any future US models has not yet been established.

STI was founded as Subaru parent company Fuji Heavy Industries’ motor sports division in 1988. In 1989, a first-generation Subaru Legacy, tuned by STI, broke the FIA-certified world speed record over 100,000 kilometers. From there, STI moved on to the World Rally Championship, winning 3 constructors championships and 3 driver championships for Colin McRae, Richard Burns and Petter Solberg. It currently competes in the Nurburgring 24 Hour Challenge race winning its class two times in 2011 and 2012 and also in the Super GT series with its BRZ-based Super GT.