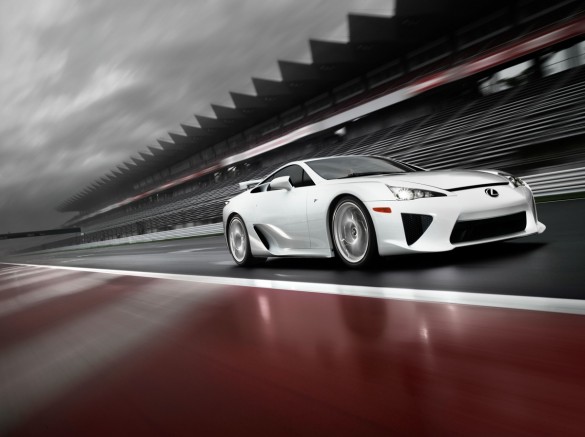 Consider this: For the price of a single Lexus LFA, you could buy three Nissan GT-Rs and still have plenty left over for track days, gas, tires and brakes. The Nissan, at roughly a quarter of the price of the LFA, is actually quicker from 0-60 mph and in the quarter mile. Yes, the GT-R gives up some 10 seconds around the Nürburgring to the LFA Nürburgring Edition, but the last GT-R to lap the ring for an official time was a 2011 model, and it ran on a semi-wet track. A 2013 GT-R, on a dry track, would likely produce a much closer lap time.

What the GT-R doesn’t offer is exclusivity. Nissan builds thousands of them, whereas Lexus is only building 500 LFAs, ever. Despite a rough start to sales caused by the global recession, Lexus claims to be doing well with the LFA at the moment. So well that Autoguide reports an LFA II supercar is in the works.

Don’t expect the LFA II to be just slightly faster and a bit more expensive. In fact, sources say the LFA II will be twice the car at twice the price. Expect performance to legitimately challenge the fastest cars in the world, and expect the price tag to range from $800,000 to a million dollars per car. That sum buys you greater exclusivity, too, since only 100 copies will reportedly be built.

Akio Toyoda, Toyota’s CEO, is said to be behind the LFA II project, which is supposed to further Toyota’s reputation for building performance cars. Frankly, we’re puzzled, since building unattainable supercars is hardly a way to draw buyers into showrooms. If Toyota wants to establish itself as a performance car company, it would be better served to build more affordable sports cars like Scion FR-S, which mere mortals can afford to buy and drive.