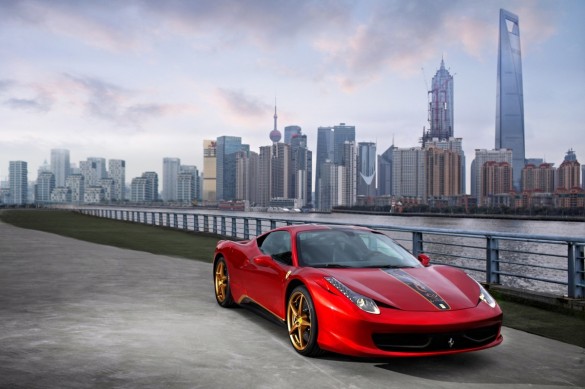 It’s been 20 years since Ferrari sold its first car in China, and from those humble beginnings a giant market has emerged. In 1992, Ferrari sold a single 348 TS in China, but last year the brand moved 777 cars, making China its second largest global market.

That kind of demand warrants attention, so Ferrari is opening a brand center in Shanghai’s World Expo Park. The Ferrari Exhibition will feature displays on loan from the Ferrari Museum in Maranello, and it will focus specifically on five areas: Ferrari in China, Green Technology, Products, Design and Racing.

Ferrari is also kicking off a limited production 458 Italia to mark its 20th anniversary in China, and the car is styled more for Chinese tastes than for Western preferences. The color, called Marco Polo Red, is all new and was created specifically for the anniversary edition car. Gold features prominently in the car’s livery, and is used both on the wheels and in the graphics. Those graphics include a large golden dragon on a black background, splayed across the hood, as well as a black and gold stripe that crosses the hood and rear deck lid. 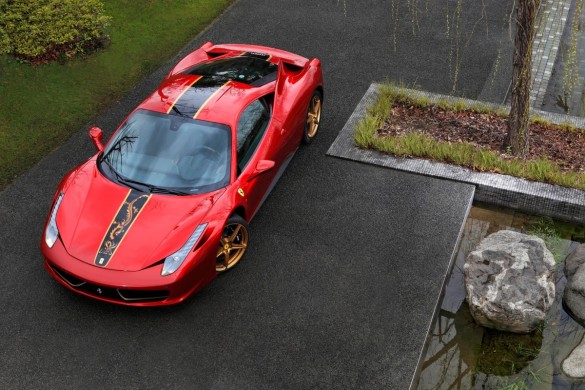 Inside, headrests are adorned with gold stitching, and a number plaque identifies your car as one of just 20 built. There are no performance upgrades, so the special edition 458 Italia is essentially just a paint and trim package, designed to represent the “vigor and spirit of the legendary dragon horse.”

It’s not our taste in cars, but Ferrari hasn’t seen the same level of growth from the U.S. as it has from China. Besides, we have no doubt that all 20 anniversary edition cars will sell out long before they hit a Ferrari dealer’s showroom.