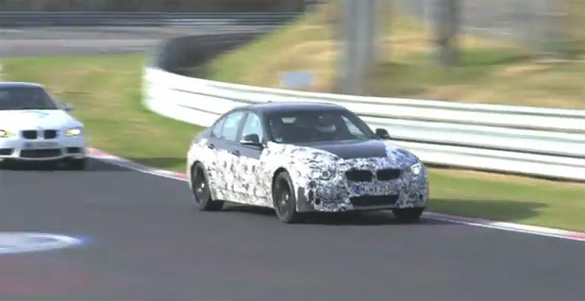 Speculation over what type of engine will be used in the next generation BMW M3 continues to be stirred mainly due to recent rumors and the latest spy video footage of the F30 M3 making rounds at the Nurburgring.

A lot of enthusiasts have a hard time grasping the idea of BMW switching to a V-configured 6-cylinder engine, even if it is turbocharged. Recent reports have hinted towards BMW using a newly developed 3.0-liter V6 with two twin-scroll turbochargers producing around 430 horsepower.

The M3 has always been a naturally aspirated marvel. It only makes sense that BMW goes the way of forced induction for the upcoming M3. The question remains, what exactly are we hearing in the spy video below? Could it be an all-new turbocharged V6? How about a beefed up N54/N55 inline-6 variation? Make your own conclusion by taking a listen.