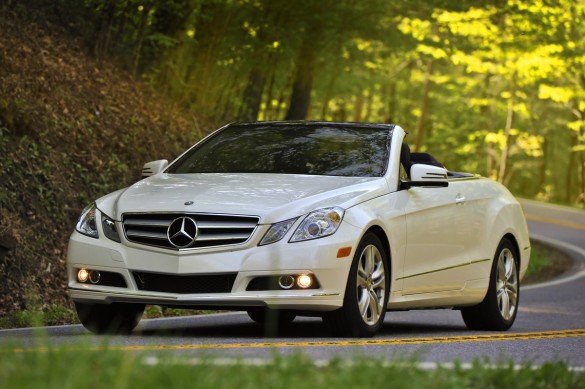 The idea of luring new customers to a bank via prizes is nothing new. Over the years, we’ve racked up toasters, flashlights and other swag, and even remember a bank in Boulder, Colorado offering up hunting rifles with a (sizable) new account. Not to be out-done, a bank in Tampa, Florida is now offering new depositors their choice of 2012 models from Mercedes-Benz, including the 2012 SLK350 roadster, the 2012 E350 sedan, the 2012 ML350 crossover or the 2012 E350 convertible.

As you’d guess, there’s fine print aplenty. First, you need to deposit the sum of $1 million into C1 Bank’s five-year CD product. Next, the car is in lieu of the 1.2 percent interest you’d otherwise be paid, which would work out to be $61,835.48 after five years. In essence, the bank isn’t giving you anything; instead, you’re simply buying a Mercedes-Benz with no cash out of pocket.

Terminate the agreement early by pulling out your cash, and you’re responsible for a $3,000 penalty plus the cost of the Mercedes-Benz.

We’re not sure how attractive this would be to anyone who has $1 million to spare, because from where we sit it isn’t such a good deal. At the end of five years, you have your million dollars in the bank, plus a five-year-old car in the driveway that may be worth $30k or so. We’re not financial advisors, but it seems to us that earning interest and leasing a new Benz every 24 months is a better way to go.