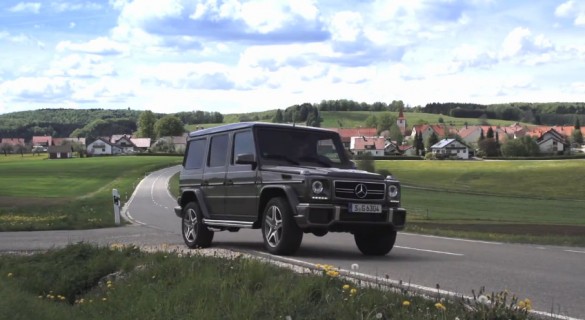 If the G63 AMG were an animal, according to the principles of Darwinian evolution, it simply wouldn’t exist. After all, who really needs a 5,610-pound, body-on-ladder-frame SUV that can sprint from 0-60 mph in 5.4 seconds, on its way to a governed top speed of 131 mph? Aside from third-world dictators, drug lords and Beverly Hills soccer moms, the market for such a beast is, at best, limited.

As Chris Harris points out, the G63 AMG doesn’t handle particularly well and it delivers a punishing ride over all but smooth surfaces. What, then, is the appeal, and why did Mercedes project enough sales to warrant development? As far as we can tell, it comes down to bragging rights. Porsche’s most powerful Cayenne Turbo, equipped with the Power Kit, produces 540 horsepower and 553 pound-feet of torque. BMW’s X5 M gets 555 horsepower, but makes due with a paltry 501 pound-feet of torque.

The G63 AMG, meanwhile, gets 544 horsepower and an impressive 560 pound-feet of torque from its 5.5-liter, twin-turbo V-8 engine. That’s plenty to outrun rebel forces, rival drug gangs or simply make it to your therapy session in time, on any road surface, in (almost) any weather. That is, of course, if the road you’re on doesn’t have too many curves.