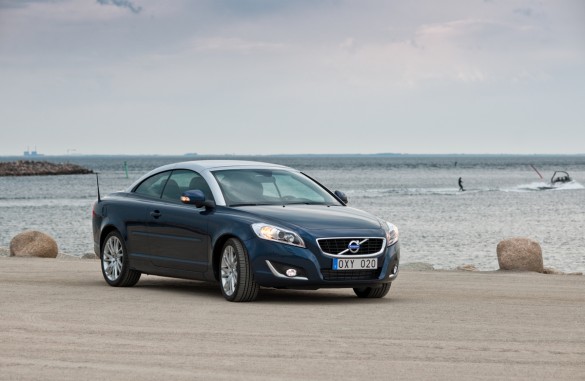 Back before the current Volvo C70 was offered in its present retractable hardtop configuration, it was built as both a coupe and convertible. Many (ourselves included) favored the smooth lines of the C70 coupe over the arched roof of the hardtop convertible, but the financial advantages of producing a single model instead of two ultimately won out.

The aging C70 won’t see a new version, and its demise may create an opportunity for Volvo to design a new, larger personal luxury coupe to tackle the likes of the Mercedes-Benz E-Class Coupe and the BMW 6 Series. As Inside Line says, the Volvo C90 model will likely form the basis for a new convertible, but it isn’t clear if the car will be designed from the ground up as such.

Look for Volvo to use its Scalable Platform Architecture layout, likely shared with the next Volvo S80. As the Swedish automaker has renounced six and eight cylinder engines, power would come from a forced-induction four, in both gas and diesel variants.

If the C90 gets a green light for production, don’t expect to see it on the trade show circuit before 2015 or so, which means that a production model is still four or five years off.