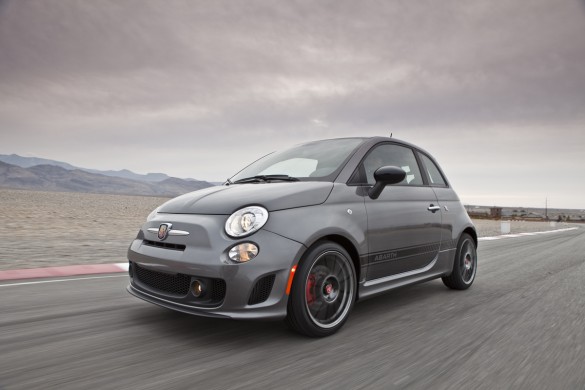 In a little over a month since the Fiat 500 Abarth’s launch, the entire 2012 production run allocated for the United States has been sold out. Earlier this week, Chrysler notified Fiat dealers that it would no longer accept wholesale orders for 2012 Abarth models, and 2013 models aren’t due in dealer showrooms until this fall.

While it may be possible to locate a 500 Abarth in existing dealer inventory, those cars not already spoken for are likely to command a premium price. Customers placing orders today will be delivered 2013 models cars, but not for another three or four months.

As the Detroit News reports, this doesn’t sit well with some buyers. One noted that he’d put down a deposit in March, only to find out this week that he’d been bumped to a 2013 model and wouldn’t get delivery until September. Six months is a long time to wait, especially when immediate hot-hatch gratification can be had at a MINI, Mazda, Volkswagen or Subaru dealership.

Chrysler had originally planned on building just 1,000 Abarth models for the United States, but quickly amassed that number in pre-orders backed by cash deposits. It upped production to 3,000 units, maxing capacity at its Toluca, Mexico plant, but even that wasn’t enough to meet market demand.

There are worse problems for a brand re-establishing itself in the U.S. market to have, we suppose.