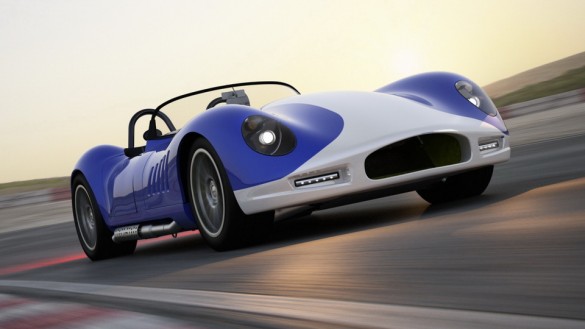 Don’t feel alone if you have never heard of Lucra Cars, let alone what the new 2013 Lucra LC470 is. Lucra Cars, owned by sports car aficionado Luke Richards and founded in 2006, is known for making barely street-legal cars birthed from modern Corvette chassis components and customized composite body. Weighing in just under 2,000 pounds, the 2013 LC470 likely powered by the Corvette ZR1’s 630 horsepower 6.2-liter supercharged V8, will sprint from 0-60 mph in an astonishing 2.5 seconds.

To give you an idea of how edgy the LC470 is supposed to be, just imagine the idea of Shelby using a light-weight Corvette chassis for his ‘project’ cars powered by a modern-day 600+ horsepower V8 engine. Lucra Cars has given us a glimpse of the new LC470 through a barrage of colorful renderings posted below.