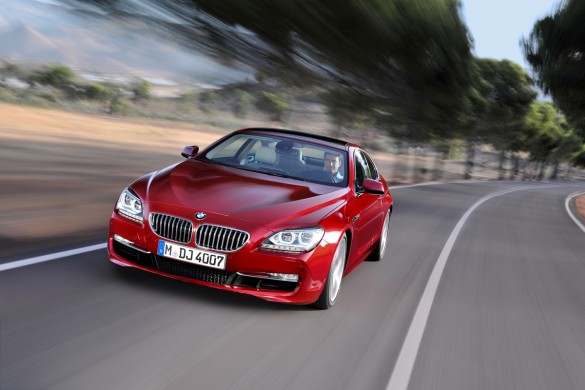 The twin-turbo V-8 that BMW uses in the new 750i and 6-Series Gran Coupe makes 445 horsepower and 480 pound-feet of torque. That’s a significant jump from the 400 horsepower and 450 pound feet of torque produced by a variant of the same 4.4-liter V-8 in BMW’s 5 and 6-Series models. The gains come from the addition of BMW’s Valvetronic valve timing system, which also makes the engine some 25-percent more efficient than the model it replaces.

In the interests of fuel economy and product standardization, Car and Driver says that’s about to change. Beginning with the 2013 model year, BMW’s 550i, 550i GT and 650i coupe will get the higher horsepower V-8 from the 750i, giving buyers one more reason to shop for the Bavarian sedan, coupe and wagon back.

Oddly, there are no immediate changes planned for the X5 and X6 crossovers, which retain the lower horsepower 4.4-liter V-8 for the time being. We’re not sure the logic behind that, unless BMW had a supply of components to burn through before switching to an all-Valvetronic V-8 model.