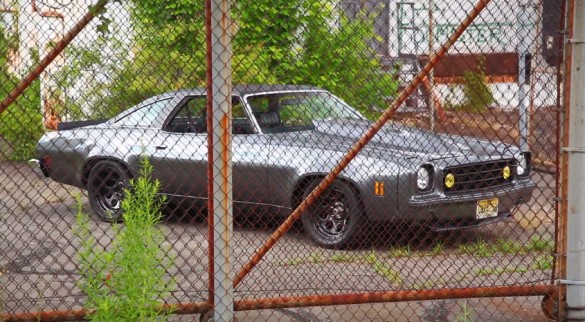 Love, it’s said, is blind. It’s also mysterious, meaning that when something grabs ahold of your hormones, sometimes you’re just along for the ride. By way of example, we give you the mysterious case of Sean Rich: in high school, Rich fell in love with a 1973 Chevy Chevelle, and the two have proven to be inseparable ever since.

Fourteen years is a long time for any kind of relationship these days, especially one with an unlikely parter. Sure, the Chevelle name is the stuff of legends in muscle car circles, but most discussions end with the 1972 model. By 1973, the Chevelle had grown to plus-sized proportions, with any hint of performance choked by stringent emissions regulations. If you were going to build a pro-touring car, a 1973 Chevelle would be among the least likely choice of candidates.

Despite this, Rich’s car has gone through several evolutions throughout the years. In current form, he describes it as a “car he’d build to rob a bank.” We’re not sure about that, since the car blends into the background about as well as Ted Nugent at a PETA rally.

Under the hood is a “mildly built” 350 V-8, which puts out in the neighborhood of 400 horsepower. As Mike Musto sums it up, that’s enough to be entertaining without getting you into trouble; beside, we’re in total agreement that the car sounds fantastic, and we’d drive it with the windows down all the time, just to better hear the engine come on-cam.