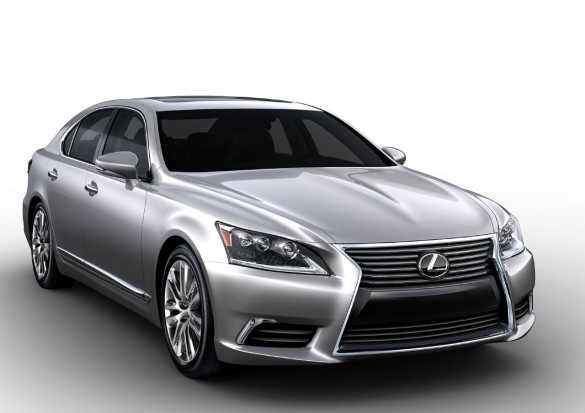 It is somewhat apparent that Lexus is attempting to redefine themselves with a sportier image alongside of Toyota and Scion. Not only has Scion introduced one of the most sought-after rear-wheel-drive sports coupes, but the Lexus brand is slowly rolling out new F-Sport-trimmed Lexus vehicles with a real sports-appeal, at least visually. The latest F-Sport to show its face via leaked official photos is the upcoming 2013 Lexus LS460 F Sport.

The new 2013 Lexus LS is set to be officially revealed later today, when we will be able to get the specific details of what will be powering their latest luxury sedan. We expect the powertrains to include a 4.6-liter V8 with 380 horsepower and the option to upgrade standard rear-wheel-drive with an advanced all-wheel-drive system.

The top-of-the-line LS600h hybrid may feature a new 5.0-liter V8 working in sync with a set of electric motors to produce a total of 438 horsepower.