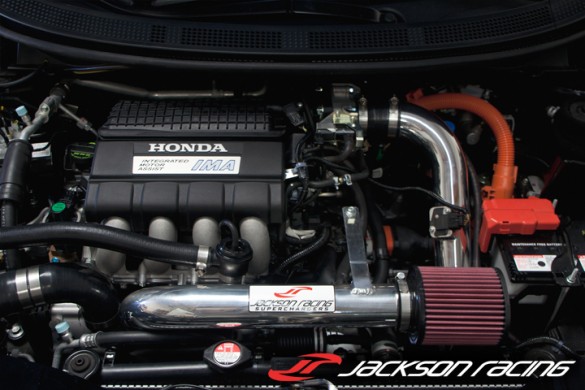 Honda’s CR-Z was billed by the automaker as the world’s first hybrid sport coupe. Truth be told, it offers neither acceleration nor handling that would even put it in the “sporty car” category, and as a hybrid it isn’t particularly fuel efficient. We still love the lines of the car, likely because they tie back to one of the best models ever built by Honda, the CRX.

There are plenty of aftermarket tuners who can make your CR-Z handle better with a set of coilover springs, lighter wheels and stickier tires. Now Jackson Racing has developed a supercharger kit for the CR-Z that works in conjunction with Honda’s Integrated Motor Assist (IMA) hybrid system to deliver a 40-percent boost in horsepower and a 38-percent increase in torque.

That takes output from the stock 122 hp to 172 hp, while boosting torque from 128 pound-feet to 173 pound-feet. Better yet, Jackson Racing says the kit will still allow the CR-Z to return “excellent” fuel economy, although we suppose that depends on how much time you spend on boost. 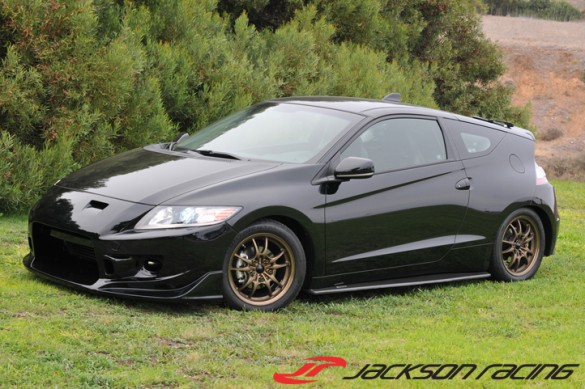 The kit will be launched for manual-transmission CR-Z models only, and Jackson Racing says that the stock clutch can be used as long as owners don’t have an “aggressive” driving style. If you own a CVT-equipped CR-Z, there’s still a chance that the company will build a kit for your car, too – as long as there’s sufficient demand.

Prices range from $3,995 for a “tune it yourself” kit without engine management to $4,995 for a “tuner system” kit that includes the supercharger, Hondata Flash Pro, Jackson Racing’s CR-Z calibration and high-flow fuel injectors. In between these extremes is the “factory tuned” kit, which sells for $4,495 and includes the blower, the Hondata ECU reflash and high flow fuel injectors.