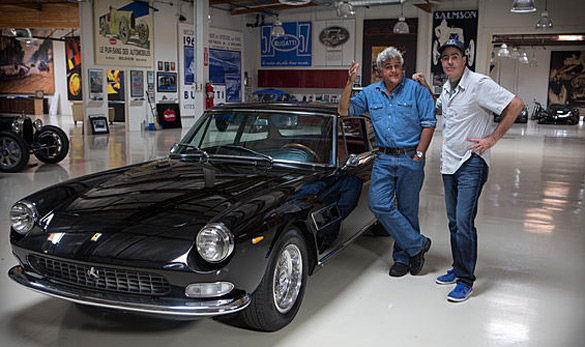 Adam Carolla, known for his quirky comedic remarks and touted love for the automobile, stops by Jay Leno’s garage bringing a 1966 Ferrari 330 GT 2+2. Jay Leno claims up-front to Adam that he is not much of a fan of modern Ferrari’s. However, Jay does have a love for classic Ferrari’s as he does with other classics.

This episode of Jay Leno’s garage eventually gets into a comedic gear. Not only is Adam a jokester, but Jay has his say when he takes the Ferrari 330 GT 2+2 out for a spin. Basically, Jay gives us a lesson on how much gas you should put in your Ferrari and how to fix a certain ‘noise’. Enjoy the video below!