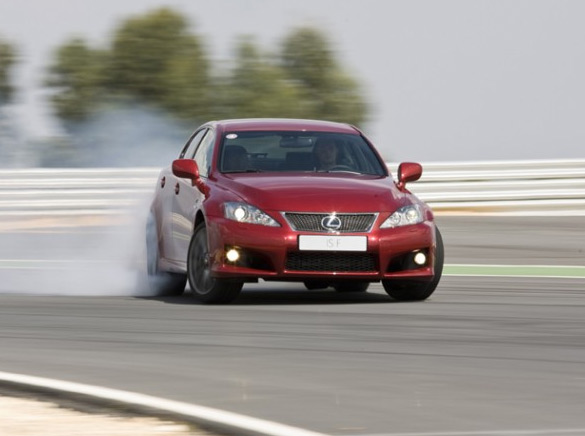 You may have already seen spy shots of a new Lexus IS-F test mule running the Nurburgring lately. Slowly, details of the new Lexus IS-F have started to emerge. One particular detail, as Autoblog.com reports, is that the new 2015 Lexus IS-F will feature a twin-turbo V6 engine with about 450 horsepower and 450 lb-ft of torque. That would put the newest IS-F 34 horsepower ahead of its likely heavier V8 predecessor.

It is an obvious trend among automakers to go the way of forced induction not only for better performance from lightweight engines, but to improve fuel efficiency, too. Considering how Toyota is starting to “bring the sport back” to their lineup, the new Lexus IS-F could spark a new love for Lexus performance vehicles that are not outrageously priced.