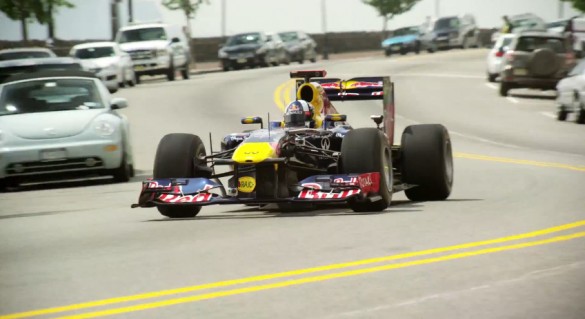 If all goes according to plan, Formula One racing will come to the streets of Weehawken, New Jersey next spring. The inaugural Grand Prix of America is scheduled for June of 2013, but no one really knows if the street course will be ready in time. In fact, Formula One czar Bernie Ecclestone appears to have turned his back on the race, saying, saying it won’t happen in 2013, and may not happen in 2014 if a safe course can’t be built.

Red Bull Racing seems a bit more optimistic, and to promote the event it sent its Constructor’s Championship-winning RB7 F1 car on a goodwill tour of the New York and New Jersey area. Starting with a patriotic rendition of The Star Spangled Banner before the Statue of Liberty, Red Bull ambassador David Coulthard toured the New Jersey waterfront, ran some of the proposed street course and even snuck through the (closed) Lincoln Tunnel in an effort to drum up fan interest.

Will it work? We’ll know in nine months or so, but given the condition of roads in the area we’re not optimistic. The video features some great footage, filmed in high definition, so it’s the closest thing we have to racing in the shadow of the Manhattan skyline for the time being.