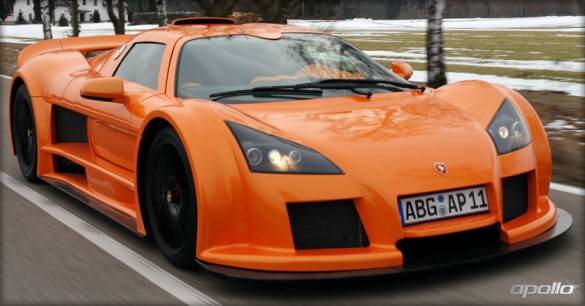 Gumpert Sportwagenmanufaktur GmbH was founded by former Audi Sport director Roland Gumpert in 2004, with the mission of building a street-legal car that was fully ready for the racetrack. Designed with little concession to anything other than speed and handling, the Gumpert Apollo debuted in production form in late 2005.

The Apollo was followed by variants such as the Apollo Sport an the Apollo Speed, and plans were in the works for a more polished automobile called the Tornante. Since the Apollo models were hand-built in extremely limited quantities, pricing was a bit on the ambitious side, beginning in the neighborhood of $550,000.

Sales were initially limited to Europe, the Middle East and the United States, but Gumpert saw China as the land of opportunity. Focusing expansion efforts on China, the boutique automaker was unable to achieve its sales volume targets, forcing it to file for provisional insolvency this week.

That doesn’t necessarily mean that Gumpert will go away, and the administrator appointed to the case is optimistic that the automaker can be turned around. The first step is attracting new investors, and meetings are scheduled at the company’s Gera, Germany headquarters next week. Assuming that money can be found, Gumpert will now focus on the European market, which it admits has been “neglected” in recent years.