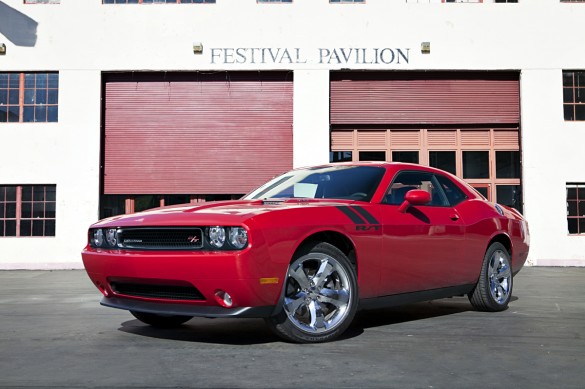 When it comes to the latest generation of pony cars, you’ve got the Ford Mustang, the Chevrolet Camaro, and the Dodge Challenger. In terms of sales, the Challenger is a distant third to its rivals, and Dodge offers no counterpoint to the Mustang Boss 302, the Shelby GT500, the Camaro 1LE or the Camaro ZL1.

The rumored SRT Barracuda was supposed to level the playing field, coming in smaller and lighter than the Challenger. The cost of the new Barracuda, however, was rumored to be the existence of the Dodge Challenger. Early reports said the Challenger was to be killed off in favor of the Barracuda, but a new report from Automotive News (subscription required) shows that may not be the case.

Instead, the 2015 Challenger will move to a new platform, shedding weight and three inches of wheelbase in the process. Sharing the same platform will be the SRT Barracuda, which will be designed to go up against the fastest cars from its rivals. Rumor is that power may come from a supercharged 6.2-liter V-8, which could potentially give the Barracuda the grunt to match the Camaro ZL1 and the Shelby GT500.