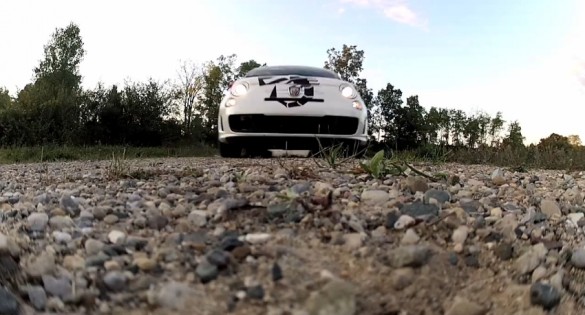 Samuel Hubinette is probably best known for driving his Formula Drift Dodge Challenger sideways through a corner in a cloud of tire smoke, but that doesn’t mean the Swedish driver is incapable of going fast in a front drive car, too. To prove it, Fiat is having Hubinette and co-driver Jen Horsey run this year’s Targa Newfoundland in a specially-prepared Fiat 500 Abarth.

The Targa Newfoundland is a six-day event that allows drivers of both vintage and contemporary sports cars to test themselves against the clock on the roads of Newfoundland, Canada. The six-stage (counting the prologue) event covers some 1,400 miles of both paved and gravel roads, ensuring that competitors have the opportunity to put all their car control skills to the test.

To win, Hubinette and Horsey will need to deliver the lowest time for each stage, beating the established time for their class by the largest margin (with the lowest amount of accumulated penalties). Hubinette isn’t the only Chrysler employee to run the race, either: Ralph Gilles, head of the SRT division, has run the event several times in the past.