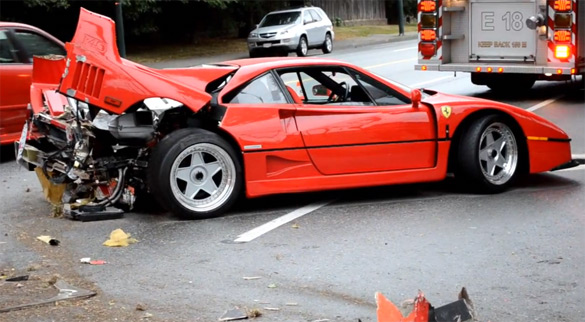 It is not very often that we bring our readers the hardship of viewing a wrecked exotic vehicle, specially one as popular as the Ferrari F40. Today we hide our heads in humility as we bear through this grotesque video footage (below after the jump) of a wrecked, more than likely totaled-out, Ferrari F40.

We won’t speculate as to what exactly took place in this unfortunate accident in Vancouver involving one of the most prized exotic cars around. You may draw your own conclusion and listen out for reports of what took place on the obviously wet pavement and heavy traffic for the F40. We will confirm that the driver and passenger only suffered minor injuries.