Is Chevrolet Bringing Back The Camaro Z28? 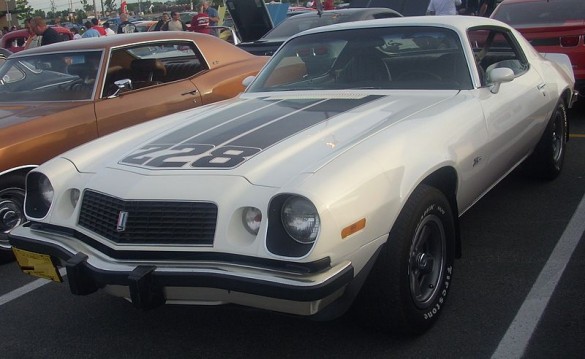 When Chevrolet launched the fifth generation Camaro in 2009, brand loyalists assumed a Z28 version would follow. After all, the Z28 badge had adorned fast Camaros since the original Z28s were launched in 1967, as an easy-to-order package for buyers wanting to run in the SCCA’s Trans-Am series.

Instead, Chevy has given us the uber-fast Camaro ZL1 (also tied to legendary order code from the 1960s) and the track-ready Camaro 1LE, also named for an SCCA road racing special order package.

Now comes word from GM Authority that General Motors has filed a trademark application for the Z28 name. That generally means one of two things: either a Camaro Z28 is in the works, or GM is trying to protect its intellectual property by filing for a trademark. In other words, GM doesn’t want to see a Kia Soul Z28 hit the United States market any time soon.

If such a car is built, it will likely slot in between the somewhat specialized 1LE (which doesn’t get any more horsepower than a standard SS model) and the ZL1, which would make it most directly comparable to Ford’s Mustang Boss 302 Laguna Seca edition.

What’s your take? Does Chevy need another Camaro in its lineup? Will bringing back the Z28 name net them more sales?