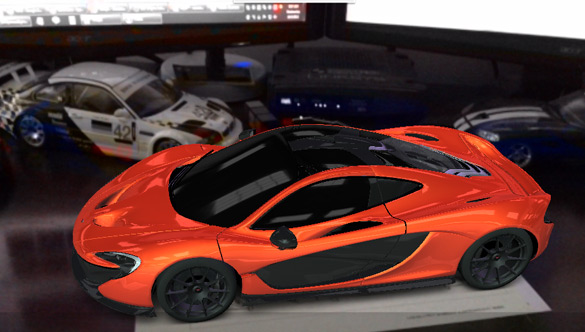 The new McLaren P1 has stolen the hearts of many enthusiasts as it made its public debut at the Paris Motor Show during the past week. Now McLaren has offered the chance of just about every iPhone/iPad user to get their very own P1 to goggle over through an interactive one-of-a-kind app.

We took the liberty of testing out a new app from McLaren, now available on the app store for iPhones and iPads, which uses a printed sheet of paper to display a 3D image of the McLaren P1 supercar.

The app is really cool and you will find yourself in amazement as the McLaren P1 comes to virtual life on your Apple iOS device just by pointing the camera at a printed paper P1 diagram.

Check it out for yourself and download the app here and be sure to print out this image for pointing your camera to generate the 3D imagery. Enjoy!