‘Fast And The Furious 6’ To Feature Subaru’s BRZ 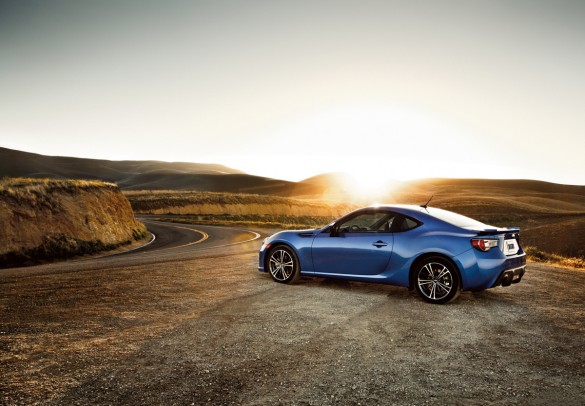 The 2013 Subaru BRZ has much in common with bigfoot, UFOs and honest politicians: while many people believe they exist, we’ve yet to see one with our own eyes in the wild. To keep demand (and prices) high, Subaru’s strategy is to limit the number of BRZs sold in the United States. Dealers are happy to take deposits, but delivery times are based on regional allocations; in other words, if you live in a region that doesn’t sell a lot of other Subaru models (like the Southeast), good luck getting your hands on a BRZ.

We’re surprised, then, that the latest installment of The Fast and the Furious, due in theaters next summer, will feature Subaru’s new sport coupe as one of its automotive stars. As Motor Trend reports, five BRZ coupes have been delivered to the movie’s production company, meaning that five buyers will be waiting a bit longer to take delivery of their cars.

Details are lacking, but its logical to expect the car to get the full Fast and the Furious treatment. That means an outrageous body kit, complete with a pavement-scraping splitter and gigantic rear wing, likely big enough to serve a Thanksgiving dinner on. We’re sure there will be horsepower upgrades, too, in the form of forced induction, intake, exhaust and ECU mods, and it’s a given that a nitrous system (functional or not) will make its way into the car.

We’re not sure why the production company opted for Subarus over the more plentiful Scions, unless Scion told them, “no thanks, we’re selling all the cars we can import.” While the film will certainly give Subaru great marketing exposure, we’re not sure that’s a good thing. If buyers are already waiting months for BRZ delivery, we can’t imagine having to wait even longer will help sales.