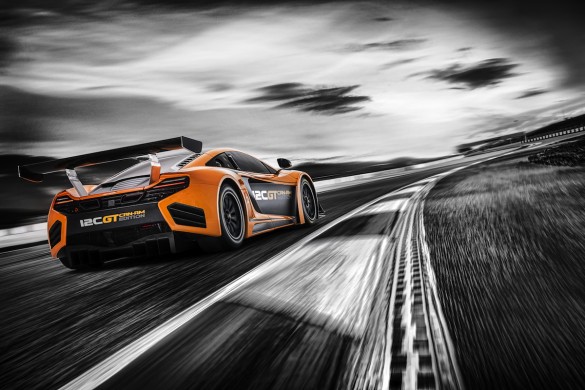 At this summer’s Pebble Beach Concours d’Elegance, McLaren stunned attendees with its track-centered MP4-12C GT Can-Am edition. It wasn’t that the regular 12C was, in any way, lacking in performance, but rather that McLaren is best known for building race cars. Giving customers an “ultimate performance” variant of the 12C, built for track-day use, just seemed like a logical next step for McLaren.

At this weekend’s United States Grand Prix, McLaren announced that it would build a 30-unit run of the 12C GT Can-Am edition, priced at 375,000 pounds ($596,700). That money buys you a tuned version of the 3.8-liter, twin-turbo V-8, now good for 630 horsepower. It also gets you a high-downforce aero package derived from McLaren’s F1 technology and more carbon fiber bits than you’ll find on its GT3 racing variant.

The 12C GT Can-Am uses the same MonoCell carbon fiber monocoque found in production versions, but adds an FIA-approved roll cage, twin racing seats with six-point harnesses and the same steering wheel found in the GT3 version. Customers who are truly serious about lap times can opt for trackside support packages offered by McLaren. In fact, the only down side we can see is that the 12C GT Can-Am isn’t road-legal, but that’s what trailers and tow vehicles are for.