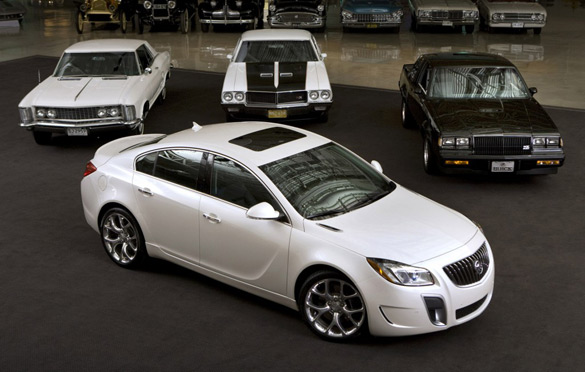 Being that we are particularly eager to see what the next generation sports cars bring us, we always keep an eye out for the latest happenings that enthusiasts would be interested in. The good news to come out of the magical virtual printing press we call the internet, is the idea of Buick reintroducing the Regal Grand National.

It would only make sense to expand on the current rear-wheel-drive Alpha platform underpinning the highly praised Cadillac ATS. If you are old enough to remember cars like the Buick Grand National, then you know how much of a prided sports car we had on our hands over 25 years ago.

A source inside Edmunds has reported that Buick is looking to bring a Grand National sedan into the picture. The current front-wheel-drive Regal and Regal GS would not be the basis for such a car. Instead, the rear-wheel-drive ATS will pave the way for Buick’s sports car. It is likely that we could even see GM’s upcoming twin-turbo V6 make its way into a new Grand National T-Type touting between 300 and 400 horsepower. A get-down-and-dirty Grand National GNX would likely tout GM’s new 450 horsepower LT1 V8, also due to power the new Corvette.

We will continually keep our fingers crossed that this new story to come out of Edmunds isn’t hogwash. Additionally, we will hope that a new Cadillac ATS-V makes its way into GM’s new line of Alpha-platformed RWD vehicles alongside of a new Grand National T-Type (w/turbocharged V6) and GNX (w/new LT1 V8).

Indeed this is a good story to start off your Monday. Here’s to hoping that come Friday this “great idea” isn’t stripped from the hopeful hears of us needy enthusiasts.