Want To ‘Drive’ The C7 Corvette Before It Hits Dealers? Video 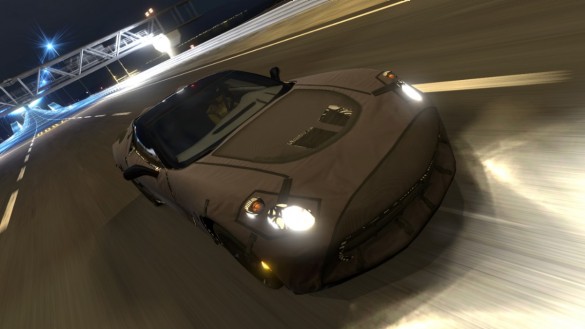 Being a test driver for a major automaker isn’t all it’s cracked up to be. Sure, you get to drive the coolest cars on the planet, but you spend a lot of nights on the road, sleeping in cheap motels, drinking bad coffee and living on a diet of powdered eggs and beef jerky. Then there’s the constant paranoia over spy photographers, who can be hiding almost anywhere.

Chevrolet has done a good job of keeping the new C7 Corvette out of the spotlight, until its January 2013 debut at the Detroit Auto Show. Those lucky enough to drive the car are an elite club indeed, including GM engineers and a handful of big-book magazine editors working on a long production lead time.

Now you can join that club, too, assuming you own a PlayStation 3 and a copy of Gran Turismo 5. Chevy has teamed up with Polyphony Digital to offer a free virtual C7 Corvette test mule, camouflage vinyl included, that can be downloaded at the PlayStation Store. The car can be driven on tracks ranging from Daytona’s high banked turns to the “green hell” of Germany’s Nurburgring.

You can also drive the car against earlier versions of the Corvette, to see exactly how big of an improvement the seventh generation will be. Best of all, you can do this in the comfort of your living room, with no fear of lurking spy photographers. For the truly authentic experience, you’ll have to supply your own bad coffee and beef jerky, though.