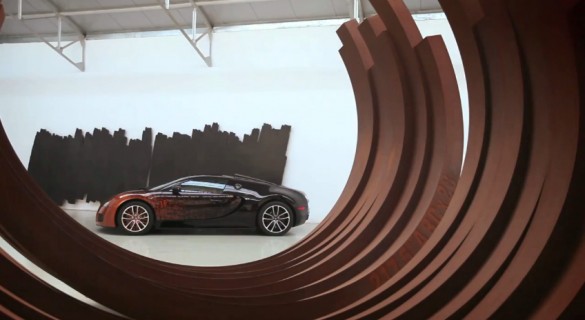 French artist Bernar Venet sees beauty in everyday things, like a line, an arc or a mathematical equation. When Bugatti approached him to create a special, one-off version of the Veyron Grand Sport, Venet was reluctant to take on the project. The Veyron, after all, was already a work of art, so what could be added to it without taking something away?

After repeated requests, Venet conceded and worked to come up with a motif that would enhance the car’s appearance in a relative and meaningful way. Ultimately, he came up with the idea to display engineering equations used in the car’s development along its line, blurred as if erased by speed.The front of the car would start in a bronze metallic color, which would fade to a rich, monochrome brown in the rear. 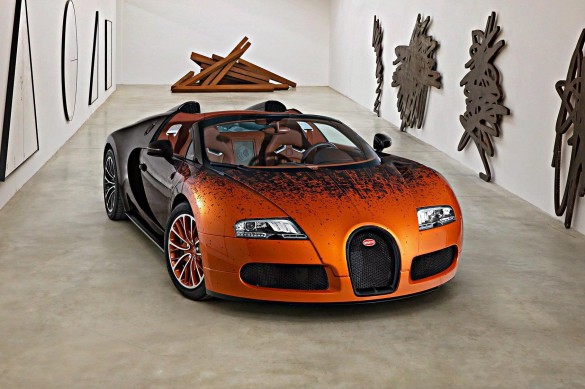 Venet’s familiar “Indeterminate Line” artwork would be used to adorn the gas cap, oil cap and interior, while the equation theme was carried over to the cockpit, stitched on the leather seating.

Though difficult to describe, the car’s theme actually works well for its intended purpose. The Bugatti Grand Sport Venet may not be to everyone’s taste, but neither are Venet’s sculptures or paintings. If you’re on the fence and want to see the car in the flesh, it will on display at the Rubell Family Collection during Art Basel Miami Beach, scheduled for December 6 though December 9, 2012.