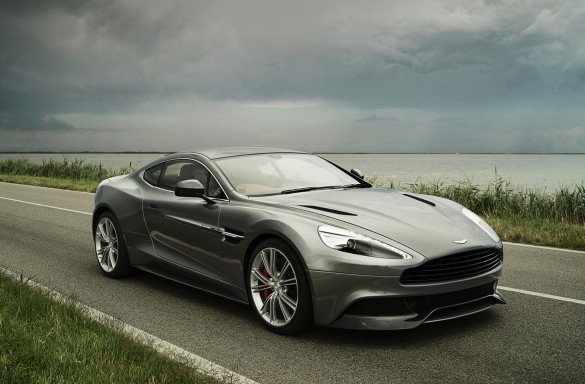 Just last week we told you that two buyers were vying for a share in Aston Martin, up for grabs from current owner Investment Dar. That’s where the good news ends and the bad news starts; Investment Dar was hoping to get $800 million for its 64-percent stake in the company, but the bids received from Investindustrial and Mahindra & Mahindra were significantly below this amount.

Now comes word from Bloomberg (via Motor Authority) that Moody’s Investors Service has placed Aston Martin on downgrade watch, signaling a possible credit downgrade from the automaker’s already-shaky B3 rating. Moody’s cites Aston Martin’s negative cash flow in the third quarter and total cash dropping below $40 million as the primary reasons for the downgrade watch.

A credit rating of B3 already signals a “high credit risk,” so downgrading the company further certainly won’t help it attract new investors. Nonetheless, Aston Martin is in dialogue to offer new shares to investors to raise additional capital required for growth.

Longer term, the big question is whether or not Aston Martin can survive on its current product mix of high-end luxury sports cars. Without a full-line offering to lower fuel economy numbers to acceptable levels in both the U.S. and Europe, Aston Martin’s credit rating may be only a temporary concern.