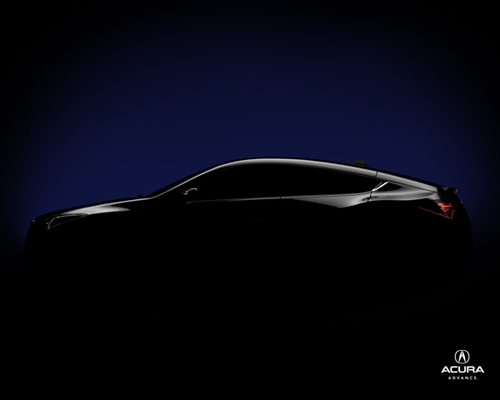 We already knew everyone was going after BMW right? Even Honda’s luxury division, Acura, has its eyes on targeting the Bavarian pacesetter even when it comes to BMW’s latest sports crossover vehicles including the X6. What is Acura’s answer to the BMW X6? It is the Acura ZDX crossover which is slated to debut at this year’s New York International Auto show this week. Also news about the new Acura ZDX is that it will be going on sale this fall. Expected power plants may include a turbocharged version of the widely used 3.7-liter 305hp V6 found in the MDX and RL or it could be derivative of the TL’s 3.5-liter engine with the addition of a turbo.

Images and Press release below after the jump:

Acura announced it will debut a prototype of the all-new ZDX luxury four-door sport coupe at the New York International Auto Show. The prototype features striking coupe-like styling with the added benefit of a commanding presence and flexible utility to define a new luxury category.

“The ZDX prototype is unlike anything you have ever seen before from Acura,” said Jeff Conrad, vice president, Acura sales. “The prototype showcases a new level of luxury, style and refinement for Acura and speaks volumes towards our commitment to advancing the brand.”

The production version of the ZDX prototype will bring a new level of prestige to the Acura lineup when it arrives at dealerships this fall and offer the latest advancements in performance, technology and safety.

The ZDX prototype will be introduced at the New York International Auto Show on April 8, 2009 at 11:00 am in the Acura booth.